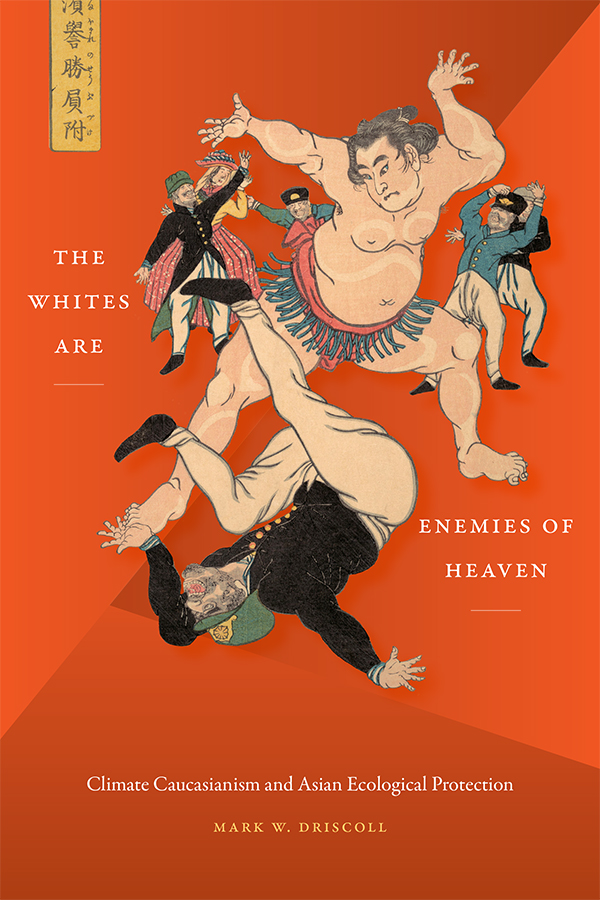 Professor Mark Driscoll’s forthcoming book, The Whites Are Enemies of Heaven, considers Western imperialism in Asia in the nineteenth century, and proposes a new theory of “climate caucasianism” that links racism with environmental destruction in an innovative matter, demonstrating the close linkage between our current struggles with both racial inequality and climate change and the expansion of Western empires at the outset of the “modern” age.

In his new book, he utilizes primary sources in Chinese, Japanese, and French to re-contextualize the Opium Wars as a key moment in both the emergence of extractive, coal-fed capitalism and the destruction of Qing China’s world leading carbon-neutral economy.

Advance reviews of the book from the website of the publisher, Duke University Press, praise Driscoll’s scholarship:

“Mark Driscoll dazzlingly argues that at the origin of the Anthropocene lies the predatory behavior of European colonialism in East Asia—what he daringly terms “climate caucasianism”, a historically unprecedented assemblage of extraction, coloniality, ecological devastation, commerce, and war. Driscoll’s exquisite and brilliant scholarship demonstrates a simultaneous mastery of Chinese and Japanese languages, cultures, and histories. The Whites Are Enemies of Heaven should be of immediate interest to students in all those fields wishing to understand the multiple entanglements of imperialism, colonialism, ontology, and resistance that underlie the complex assemblage called climate change.” — Arturo Escobar, author of Pluriversal Politics: The Real and the Possible

“Mark Driscoll’s The Whites Are Enemies of Heaven is an ambitious and original study of Japanese and Chinese resistance to Euro-American imperialism. Beyond his compelling focus on race and racism—which rarely get the explicit attention they deserve in East Asian studies—Driscoll turns to Marxism, postcolonial theory, and ecocriticism to analyze global histories of extractive capitalism and drug production in this wide-ranging and thrilling analysis. There is no other book like this!” — Teemu Ruskola, author of Legal Orientalism: China, the United States, and Modern Law