On Saturday, December 1, four students in Professor Lothspeich’s Asia 331/PWAD 3331/HIST 335 “Cracking India: Partition and its Legacy in South Asia,” presented papers on the panel “Gendered Violence at the Time of India’s Partition,” at the Feminisms Here and Now conference organized by graduate students at UNC. The papers of Azba Wahid, Laurel Cunningham, Aashka Patel (Asian Studies major and honors student), and Hannah Feinsilber all dealt with different aspects of the violence women faced when India gained Independence in 1947 and new borders were drawn, creating Pakistan and precipitating mass migrations and upheaval. The panel was well-attended and closed with a lively Q&A. A new course in Asian Studies, for both undergraduate and graduate students* in Spring 2019: ASIA 522—
The Beauty and the Power
of the Classical Indian World
Taught by Professor Pamela Lothspeich
Tuesday, Thursday 11:00-12:15, 115 Murphey Hall
Fulfills GenEds LA and WB, and there are no prerequisites!
Ashoka Pillar from Sarnath, India
This course investigates the classical Indian world through texts in Sanskrit and other classical languages (translated into English). In the classical period (circa 300 BCE -1200 CE), Sanskrit was the language of choice for many Indian elites—kings, priests, scholars, and artists—used to convey knowledge and delight audiences, even as the populace continued to speak and develop literatures in various regional languages. In this course, we’ll explore Sanskrit literary culture, and a number of “rival” classical literary traditions in languages like Tamil, Telugu, and Pali. Readings include primary sources like poetry and drama, and works of aesthetic theory from the classical period. These primary sources will be supplemented with recent scholarly writings  on themes such as “vernacularization,” i.e. the historic transition from a predominantly Sanskrit literary culture to one of diverse vernacular literatures. This course will have a seminar format.
*Graduate students will have additional readings and assignments, including a more substantial research paper. The UNC campus newspaper, the Daily Tar Heel, has published an article on the establishment of a new Turkish Community Center in Chapel Hill.

A new Turkish Cultural and Community Center, funded in part by Noble Prize winner Aziz Sancar’s foundation, will create interactions between American students at UNC and Turkish students when it opens in spring of 2019.

Professor Didem Havlioglu of our department is quoted in the article. 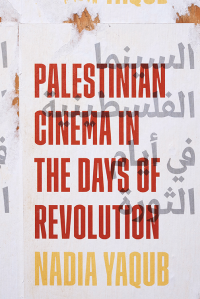 Professor Nadia Yaqub, Chair of the Department of Asian Studies, was interviewed in the journal Film Quarterly on her new book, Palestinian Cinema in the Days of Revolution (Austin: University of Texas Press, 2018). The interview is vital reading on “the first book-length study of 1970s Palestinian cinema available in English.”

Assistant Professor Claudia Yaghoobi’s student, Rain Tiller, had their work accepted by Sprinkle: An Undergraduate Journal of Queer and Feminist Studies for publication. Their work was entitled, “A Forbidden Act: Illicit Sex and the Colonial Heterosexual Matrix.”

A group of students in Assistant Professor Claudia Yaghoobi’s “Gender and Sexuality in Middle Eastern Literature” class presented their findings at UNC’s Celebration of Undergraduate research. Dhalia Mohamed, Stephanie Cales, Michael Myers, Gregory Sanders, and Jessica Glass won an award for the presentation of their topic, “Modernity Versus Tradition in Fatima Mernissi’s Dreams of Trespass.”

One of Associate Professor Gang Yue’s students, Jasmyn Thomas, has been awarded the Fund for Education Abroad Scholarship. The award aims provide access to education abroad by providing scholarships to US students that are consistently underrepresented in study abroad, from a variety of racial, ethnic, and socioeconomic backgrounds. Jasmyn was selected among a pool of over 2,300 students from across the country